Could you identify this game? From 1984-ish 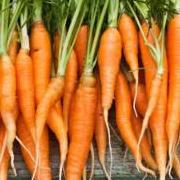 By sandpainter1471z,
May 3 in Retro & Arcade Gaming