A year without restaurants. 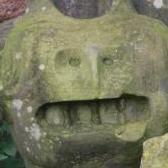