EFL Championship 2018/19 - All aboard the rollercoaster 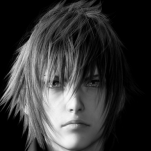