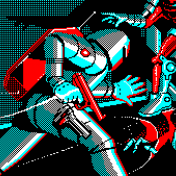 A great gaming track a day