Expensive Month For 360 owners coming up.. 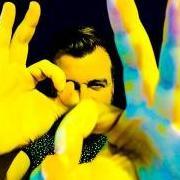 By rockstarjez,
February 12, 2007 in Discussion